In self-fense, prescient means one has or is having or is showing knowledge of events before they take place. In a sense, this is untrue because no one can predetermine situations and events before they happen BUT they can discern certain “Tells” that indicate some event or situation will occur or is manifesting itself through stages.

In social violence often referred to in professions that handle violence as the, “Monkey Dance,” there are stages that a human goes through to work themselves up to violence. It is our job to teach those indicators to the practitioner so they can detect, see and arrive at the proper conclusion allowing them to avoid, deescalate or act in a way that stops the violence while remaining within the confines of social acceptance, moral standards and the legal requirements set forth to govern the proper use of defenses and their force levels, etc.

This is why one can be perceived by the uninitiated as prescient because they took the time to learn, understand and then listen to the little spidey sense when it tingles so they take notice of events unfolding, kind of like looking into the future or prescience, so appropriate actions are taken.

If you have the knowledge, if you know how to use it and if you are aware to the extent necessary to detect it early on in your OODA then you have the tools that make you appear mystic, superhuman and extraordinarily martial. If you are mature and enlightened enough to pass it along to those others who may follow your lead and example then you are beyond mere enlightenment, you are a good teacher, a good mentor and a good Sensei! 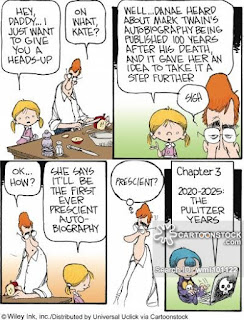 When I have been training regularly, I am much better at reading people and situations. As I have usually been in customer facing roles, this has come in very handy.